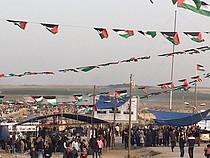 Flash update: As of 19:00 today, 13 April, one Palestinian has been killed and 969, including 67 children, have been injured by Israeli forces in the Gaza Strip, according to the Ministry of Health (MoH) in Gaza. The MoH also indicated that of the total injuries, nearly one quarter (223 people) were hit by live ammunition, including 15 people currently in a critical condition.

For the second Friday in succession, multiple Palestinian casualties during demonstrations at the perimeter fence in the Gaza Strip

Flash update: As of 20:00 today, 6 April, seven Palestinians have been killed and over 1,350 injured by Israeli forces in the Gaza Strip, according to the Ministry of Health (MoH) in Gaza. The MoH reports that approximately 400 of the injuries were caused by live ammunition, of whom 25 are in critical condition. The Palestine Red Crescent Society (PRCS) reported that their teams handled 700 of the injured, including over 320 of the live ammunition injuries.

Flash update: As of 22:00 today, 30 March, 15 Palestinians were killed and 1,416 were injured by Israeli forces in the Gaza Strip, according to the Ministry of Health (MoH) in Gaza. Of all injuries, approximately 750 were hit by live ammunition, including twenty, who are reported to be in a critical condition.

On 17 April, Gaza’s sole power plant (GPP) was forced to shut down completely after exhausting its fuel reserves and being unable to replenish them due to a shortage of funds. Prior to this, the GPP was operating at only approximately half of its capacity, producing nearly 30 per cent of the electricity supplied to the Gaza Strip. On 20 April, electricity supply from Egypt, which accounts for 15 per cent of Gaza’s supply, also came to a halt due to technical malfunctioning that is yet to be repaired. Gaza is currently supplied only with electricity purchased from Israel (some 55 per cent of the previous supply), resulting in electricity blackouts of 20 hours per day, up from 12 hours previously, further undermining the delivery of basic services.

Flash Update: In the aftermath of the killing of a Hamas member on 24 March in Gaza City by unknown assailants, the Palestinian de facto authorities in Gaza are imposing new access restrictions, citing security reasons, which are negatively impacting already vulnerable sectors in Gaza. These restrictions are taking place before the upcoming Israeli national and religious holidays when the opening hours of the Israeli-controlled passenger and goods crossings are normally reduced. 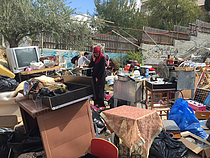 Between 26 and 28 September, the Israeli authorities demolished 33 residential and livelihood-related structures in multiple locales across Area C and East Jerusalem, on grounds of lack of building permits. As a result, 35 people, a third of them children, have been displaced, and more than 100 have been otherwise affected. 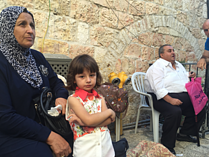 Today, the Israeli Police forcibly evicted eight Palestinians, including two children, from their home in the Old City of East Jerusalem, and transferred the property to an Israeli settler organization (Ateret Cohanim), that reportedly purchased it in the 1980s. The evicted family has been renting this property since the 1930s. The home is part of a larger residential complex comprising nine apartments, eight of which were occupied by Israeli settlers in July 2010, causing the displacement of seven Palestinian households. 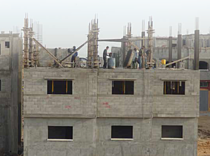 On 8 April, the Gaza Power Plant (GPP) was forced to shut down completely after exhausting its fuel reserves and being unable to replenish them due to a shortage of funds. This has triggered electricity blackouts of 18-20 hours per day, up from 12 hours previously, further undermining the delivery of basic services. 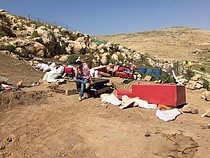 On 7 April, the Israeli Civil Administration (ICA) carried out demolitions throughout the West Bank, including in five Bedouin communities affected by the E1 settlement plan, and in Khirbet Tana, which has been the location of multiple demolitions in 2016, most recently on 23 March. Demolitions also took place today in Az’ Za’ayem village (Jerusalem), Ni’lin (Ramallah), and Al Khader (Bethlehem), where a combination of residential, animal and livelihood structures were demolished.