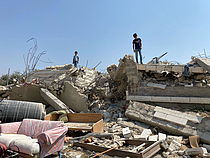 Statement by Humanitarian Coordinator Jamie McGoldrick: The period from March to August 2020 saw the demolition or confiscation of 389 Palestinian-owned structures in the West Bank, on average, 65 per month, the highest average destruction rate in four years.

Increase in destruction of Palestinian property in the West Bank, including East Jerusalem 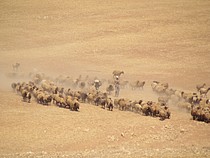 Aziz, is a 25 years old Palestinian from Khirbet ar Ras al Ahmar, a small Bedouin community in the northern Jordan Valley. Over the past six years, Aziz has experienced four demolitions by the Israeli Civil Administration (ICA). In February 2019, the ICA demolished seven structures belonging to Aziz, including the tents in which his family resides and shelters for his livestock. Rendered homeless, Aziz, his mother, brother and two sisters were forced to seek refuge in Tammum town (Tubas governorate) for a period of two weeks and leave his livestock behind, exposed to the harsh winter conditions.

It is estimated that 199 Palestinian households currently have eviction cases filed against them, the majority initiated by settler organizations, placing 877 people, including 391 children, at risk of displacement. Evictions can have a grave physical, social, economic and emotional impact on the affected families.