Demolitions and seizures resumed in mid-June, following the end of the month of Ramadan, with a total of 22 Palestinian-owned structures targeted, displacing ten Palestinians and otherwise affecting more than 120. These incidents bring the total number of structures demolished or seized in the West Bank by the Israeli authorities in the first half of 2018 to 197, a 22 per cent decline compared to the equivalent period in 2017. This trend reflects a significant decline (42 per cent) in Area C demolitions, alongside a mild increase (12 per cent) in East Jerusalem. 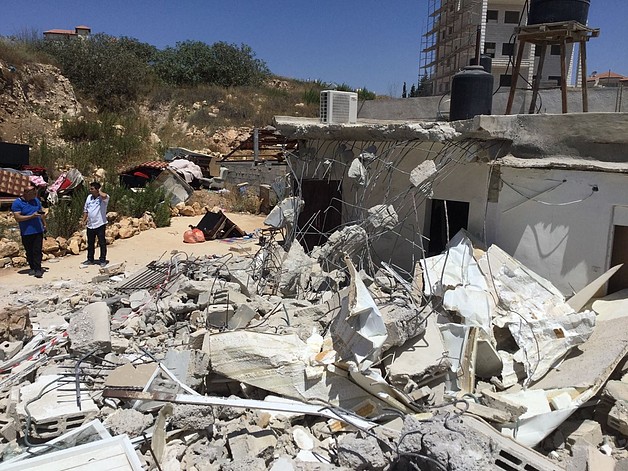 All but two of the structures demolished or seized during June were in East Jerusalem, including eight homes, ten livelihood-related structures and four retaining walls or fences. Of note, due to a series of amendments to the 1965 Planning and Building Law, applied in Israel and East Jerusalem, approved by the Israeli Knesset in October 2017, fines imposed on individuals charged with building without a permit, can reach up to NIS 400,000, as opposed to tens of thousands of shekels previously.

In Area C, one structure was demolished during the month in a herding community located in an area in southern Hebron (Massafer Yatta) designated by Israel as a “firing zone” for military training. This is one of the 12 communities in this area (total 1,300 people), which are at heightened risk of forcible transfer due to the coercive environment imposed on them.

Also this month, the Israeli authorities announced that they will suspend the implementation of a new military order, which would have allowed the demolition of unlicensed structures that are deemed “new”, within 96 hours of the issuance of a removal order. The suspenion announcement followed the filing of a petition with the Israeli High Court of Justice against this order by human rights organizations, and will remain in place until a ruling is issued on the case.

Finally, a residential apartment was demolished in June on punitive grounds in the Barta'a ash Sharqiya town (Jenin), in Area B, displacing a family of three. The home belonged to the family of a Palestinian who, in March 2018, ran his vehicle over two Israeli soldiers, killing them, and was subsequently arrested.