In December, 39 Palestinian-owned structures were demolished or seized by the Israeli authorities, the same as the 2018 monthly average, displacing 56 people and affecting over 270 others. Two of this month’s demolitions were on punitive grounds and the rest were due to the lack of Israeli-issued building permits, which are almost impossible to obtain. 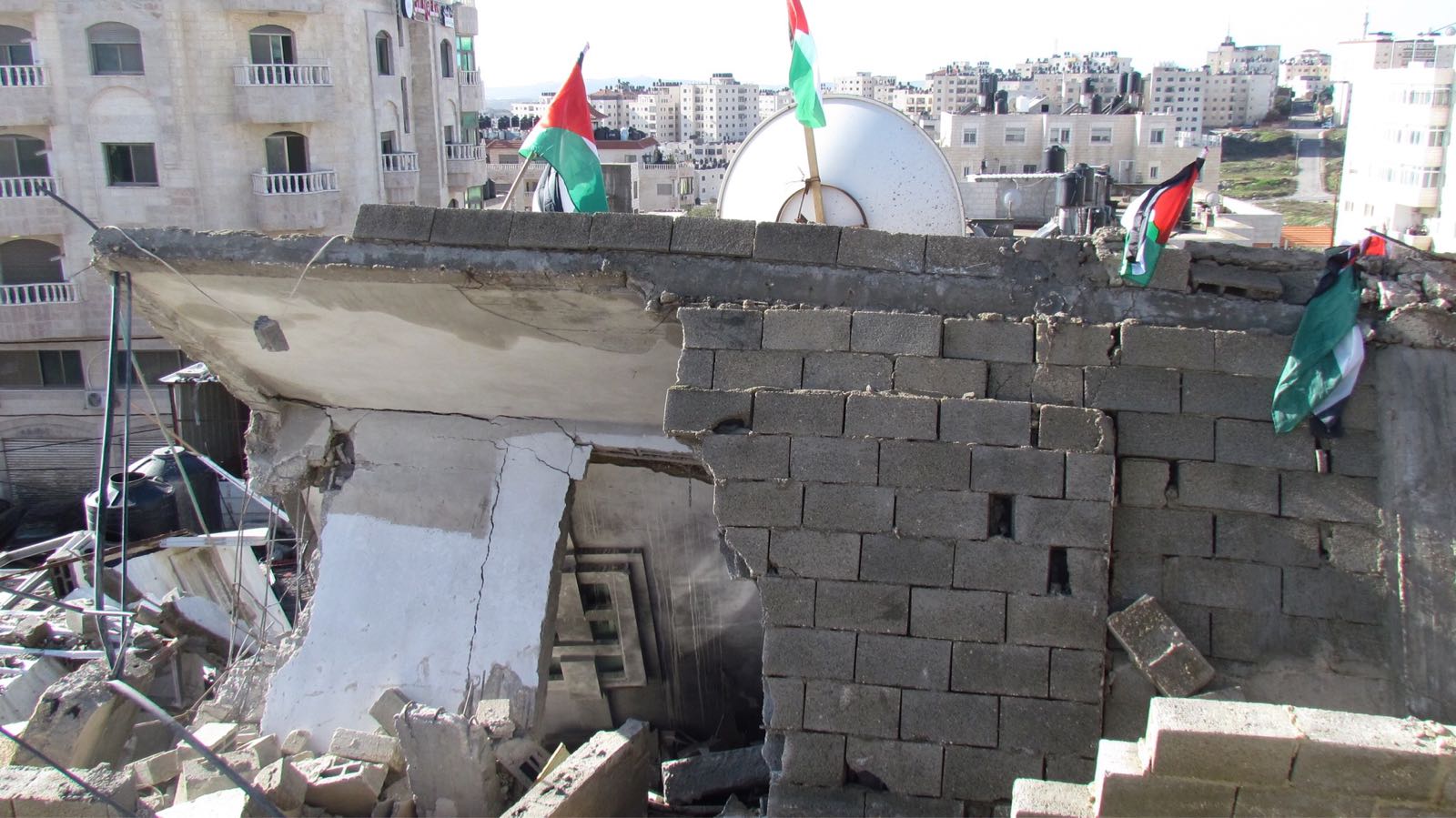 About 70 per cent of the structures targeted this month were in Area C. The largest incident took place on 4 December in Beit Hanina - Al Marwaha, a community on the ‘Jerusalem side’ of the Barrier, where eight commercial structures were demolished and goods were confiscated. Five families, who reported a financial loss of almost NIS 1.5 million, were affected. In another incident, the livelihoods of 70 people were affected by the demolition of a leather store on the margins of Al Bireh city (Ramallah).

On 5 December, the Israeli authorities dismantled and seized two structures in As Simiya village (Hebron) to be used as a school for 45 students. Three tents erected subsequently by the Palestinian Ministry of Education to replace the targeted structures were also seized. This is the seventh case during 2018 where educational structures were targeted on grounds of lack of permits. It is estimated that 50 West Bank schools, 42 in Area C and eight in East Jerusalem, have pending demolition orders against all or part of their facilities, according to the Education Cluster.

In another two Area C communities in the Jerusalem governorate, Mikhmas Bedouins and South ‘Anata Bedouins, the authorities demolished an EU-funded mobile latrine and served two livelihood structures funded by the EU with stop-work orders.

In East Jerusalem, nine structures were targeted during December, nearly half the monthly average during the rest of 2018. In one incident in Ras al Amud, following protracted litigation, Palestinians were forced to demolish a 20 year-old building home to two families, comprising 14 people. The families reported that since the start of the legal proceedings, they have paid the municipality NIS 160,000 in fines, in addition to NIS 25,000 they spent on the demolition itself.

During the month, the Israeli military carried out two punitive demolitions, bringing the total in 2018 to six, compared to nine in 2017. In Al Amari refugee camp (Ramallah), Israeli forces blew up and destroyed a four-story building, and severely damaged two adjacent buildings, displacing 23 people, including six children. The targeted building was home to the family of a man who reportedly killed an Israeli soldier with a brick during a search operation in the camp in May 2018. In Tulkarm city, the basement and ground floor of a three-story building were demolished, displacing six people living in the other floors, due to resulting dangerous conditions; the targeted floors were home to the reported perpetrator of an attack on 7 October, during which two Israelis were killed.