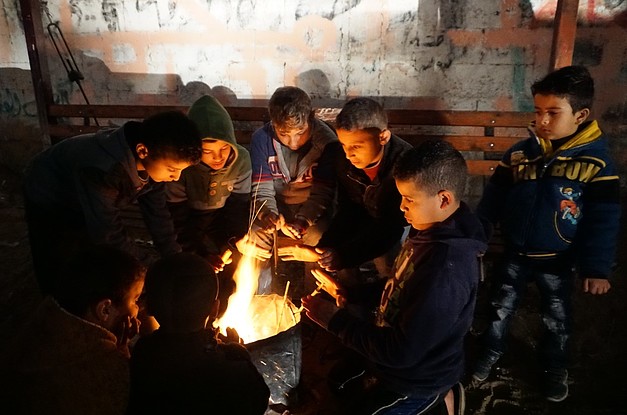 On 17 April, Gaza’s sole power plant (GPP) was forced to shut down completely after exhausting its fuel reserves and being unable to replenish them due to a shortage of funds. Prior to this, the GPP was operating at only approximately half of its capacity, producing nearly 30 per cent of the electricity supplied to the Gaza Strip. On 20 April, electricity supply from Egypt, which accounts for 15 per cent of Gaza’s supply, also came to a halt due to technical malfunctioning that is yet to be repaired. Gaza is currently supplied only with electricity purchased from Israel (some 55 per cent of the previous supply), resulting in electricity blackouts of 20 hours per day, up from 12 hours previously, further undermining the delivery of basic services.

Of particular concern is the impact of this situation on the delivery of health services. Due to the longstanding chronic electricity deficit, hospitals, as all other service providers, rely on backup generators. However, fuel reserves to operate these generators at most hospitals in Gaza will be exhausted within the next week, with no available funds to renew these reserves.

If funding for fuel is not secured immediately, Gaza’s 14 public hospitals will be forced to partially or completely close essential services, putting thousands of patient lives at risk, according to the World Health Organization. The situation will be immediately life-threatening for 113 new-borns in neonatal intensive care units, 100 patients in intensive care and 658 patients requiring bi-weekly haemodialysis, including 23 children, according to the Palestinian Ministry of Health.

Meanwhile, to cope with the current situation, hospitals have adopted a range of measures to reduce fuel consumption, such as halting sterilization and laundry services during blackout hours and shutting down some operation theatres.

The electricity shortages have also impacted the delivery of water and sanitation services, which rely to a large extent on backup generators as well. The frequency of water supply to households has been reduced, while those living in buildings lacking generators to pump the water to the upper floors are largely unserved. As of today, desalination plants operated by the official water administration, which produce most of the drinking water consumed in Gaza, began operating at a third of their capacity. Additionally, wastewater treatment was largely halted, resulting in the discharge of some 110 million liters of raw sewage, which was previously treated to some extent, into the sea.

The shutdown of the GPP has occurred in the context of an ongoing dispute between the Palestinian authorities in Gaza and Ramallah on issues related to a tax exemption for fuel and revenue collection from electricity consumers.