July 2019 recorded nearly 20,000 exits of Palestinians from the Gaza Strip via the Israeli-controlled Erez crossing, a four-year high. Almost two-thirds of these exits were by people carrying ‘traders’ permits, although many were reported to be labourers employed in Israel, whose entry has been officially banned since 2006. Also in July, the number of entries and exits to and from Gaza via the Rafah Crossing with Egypt (over 18,000) was the highest since 2014. Finally, almost 800 trucks of goods entered Gaza from Egypt through the Salah ad Din gate during the month, the largest figure recorded since this gate began operating in early 2018.

These trends took place amidst the continuation of the informal ceasefire understandings between Israel and Hamas, reached last May with Egyptian and UN mediation. As noted by UN Special Coordinator Nikolay Mladenov in his most recent Security Council briefing, “while these efforts are not enough to fundamentally change the harsh realities of life in Gaza, they serve to lessen the impact of the ongoing humanitarian and economic crises.” 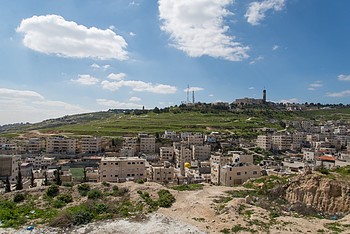 Despite this, the situation remains extremely fragile. During August, nine armed Palestinians were killed by Israeli forces and five arrested following attempts to breach the fence. This occurred alongside the shooting of rockets into Israel, followed by Israeli airstrikes in Gaza, none of which led to casualties. On 26 August, also in response to rocket firing, Israel temporarily reduced the amount of Qatari-funded fuel allowed into Gaza by half, forcing the sole power plant operating there to turn off one of its turbines; this restriction was lifted a week later. The increased availability of electricity since the last quarter of 2018 has allowed some improvement in the living conditions, particularly regarding the provision of basic services.

One of this month’s Bulletin articles addresses the positive impact of this year’s increased availability of electricity in Gaza on the provision of water and sanitation. The supply of both piped water and of tankered desalinated water increased by up to 15 per cent. Additionally, the pollution levels of the wastewater discharged to the sea has declined significantly, reducing the risk of waterborne diseases and enabling the rehabilitation of additional beaches for swimming, one of the few recreational activities available to the population in the summer.

The continuation of the calm was also reflected in the relatively low level of casualties during the Great March of Return (GMR) demonstrations in Gaza, with one fatality and some 750 injuries during August. However, as highlighted in another article, Gaza’s overstrained health system is still struggling to cope with some 1,200 people who have been severely injured by live ammunition since the start of the GMR and require limb reconstruction treatment; so far, some 150 have undergone amputations, many of them due to bone infections resulting from inadequate treatment. The World Health Organization warns that unless the existing capacities for limb reconstruction are significantly scaled up, the number of ‘secondary amputations’ mostly due to bone infection, is likely to increase.

In the West Bank, there were a series of violent incidents during August which resulted in casualties, threatening destabilization. Four Palestinian attacks resulted in the killing of two Israelis (an off-duty soldier and a 17-year-old girl) and two of the perpetrators, including a 14-year-old boy. On 11 August, clashes erupted following the entry of a group of Israelis to the Haram ash Sharif/ Temple Mount compound, in the Old City of Jerusalem, when the Muslim feast of Al Adha and the Jewish Tisha B’av holiday coincided, resulting in 67 Palestinians injuries.

The third article in this month’s Bulletin addresses the situation in Al ‘Isawiya in East Jerusalem. Since June, the Israeli Police has been conducting almost daily operations in the neighborhood, resulting in clashes that led to one fatality and least 137 injuries. According to media reports, less than two per cent of the 300 residents arrested during this period have been indicted, with the rest released shortly after their arrest. Human rights organizations have raised concerns that the police operations constitute collective punishment. The continuing tensions and violence have severely disrupted the daily life of over 18,000 Palestinians, with a worrying impact on children. UNICEF and partner organizations have been reaching vulnerable children in Al ‘Isawiya with a range of education and awareness raising activities. In early September, the Israeli Police and Al ‘Isawiya community leaders reached an understanding about the reduction of police operations and the start of the new school year in the neighbourhood.