Published as part of
The Monthly Humanitarian Bulletin | March 2017 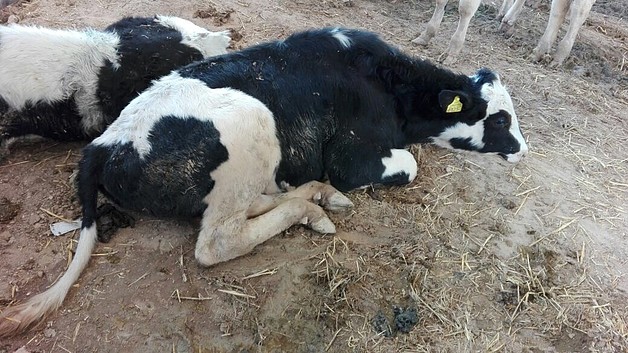 On 26 January 2017, the Palestinian Ministry of Agriculture (MoA) in the Gaza Strip reported its first official outbreak of Foot and Mouth Disease (FMD) on cattle farms in North Gaza and Rafah. Early epidemiological evidence suggests that FMD may have been carried into the Gaza Strip by animals smuggled from Egypt. By 8 March 2017, FMD had affected 105 farms in Gaza: more than 3,000 cattle (a third of the total population), in addition to nearly 3,000 small ruminants (mostly sheep), slightly less than five per cent of the total.

This development may have a further impact on the livelihoods of people relying on the livestock sector,[1] already weakened by almost ten years of blockade, recurrent hostilities and the destruction of productive assets, and the internal Palestinian divide. Stakeholders in this sector reported the adoption of negative coping strategies during February such as the selling of animals, often below market value, to avoid the possibility of a total loss if their animals were to contract FMD.

Following the detection of the outbreak, the Palestinian MoA launched an emergency vaccination campaign that reached nearly 17,000 animals. Coordination between Palestinian and Israeli veterinary services facilitated the entry of the essential vaccines needed to implement disease-control measures. The MoA has requested support to purchase doses of vaccine for an additional 42,000 animals.

By mid-March 2017, the course of the disease had slowed as result of the temporary control measures by veterinary services, including the vaccination campaign; the suspension of animal imports; the closure of animal markets; the strengthening of animal monitoring and control measures to avoid the informal sale of livestock; and the halt of animal movement between districts.

In addition, livestock owners have been educated about practical steps they can take to minimize the spread of FMD, such as implementing quarantine, isolating affected animals, and avoiding contact between infected and non-infected farms.

Although it ultimately managed to stop the spread of the disease, the MoA response to the outbreak has been undermined by structural deficiencies in animal disease prevention capacity in Gaza, including inadequate monitoring procedures and the unavailability of vaccines. Currently, there are an estimated 20 veterinarians in the entire Gaza Strip, many of whom are working unpaid. About 60 per cent of these professionals will reach retirement age within the next three years. This is particularly troublesome given that Gaza does not have a university faculty in veterinary sciences, and under the blockade, potential veterinary students are not eligible for exit permits to access education in the West Bank, Israel or elsewhere. Even if current restrictions were lifted immediately, given the length of veterinary studies, it would take over five years until the first graduate is available.

What is Foot and Mouth Disease?

FMD is a transboundary, viral animal disease that affects cattle and small ruminants. It is rarely lethal but is often debilitating, reducing animal productivity, endangering livelihoods and presenting significant risks to the livestock sector and the economy as a whole with negative implications for food security and trade. FMD cannot be transmitted to humans and all products (milk, meat, etc.) from infected animals remain safe for human consumption. The threat from FMD is greatest in low and middle income countries where animal disease control capacities are less robust and diseases often spread more quickly.[2]

* This section was contributed by FAO

[1] PCBS data from 2012/3 lists 15,983 agricultural employees (including paid, unpaid and temporary) in animal and mixed holdings. This figure does not capture those involved in secondary processing.

[2] The FAO and the World Organization for Animal Health, partnered with the European Commission, have been working to implement the Progressive Control Pathway for Foot-and-Mouth Disease control (PCPFMD) since 2008. For further information see here.