Hebron city: intensified movement restrictions amidst raising violence undermine access to basic services and livelihoods. Punitive demolitions continue: over 100 family members and neighbours of suspected perpetrators forcibly displaced. Sharp increase in medical referrals out of Gaza alongside decline in the rate of approval for exit permits. 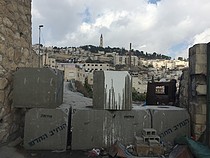 During November, the epicentre of the escalation of violence that began in October moved from East Jerusalem to Hebron City and governorate. Protection-related concerns remain the same: the targeting of Israeli civilians by individual, non-affiliated Palestinians, and the excessive use of force by Israeli forces against perpetrators, alleged perpetrators and protestors. There was an alarming increase in attacks and alleged attacks (mostly stabbings) by Palestinian boys and girls, as young as 11, of whom 15 were killed since October, in some cases raising concerns about extra-judicial executions. While clashes along Gaza’s border areas with Israel continued, their frequency and intensity declined. In the two months since the current escalation began, 103 Palestinians and 17 Israelis have been killed, and 11,299 and 182 Palestinians and Israelis injured across the oPt and Israel. 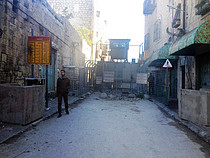 Since the beginning of the current escalation of violence, Hebron city has had the highest number of Palestinian casualties in a single locality, followed by East Jerusalem. In response to the unrest, the Israeli authorities have intensified restrictions on Palestinian movement to, from and within the city, and have renewed the practice of punitive demolitions. This has impacted access to services and livelihoods and raised concerns about the potential forcible displacement of residents. Human rights organizations have expressed concern that the sweeping nature of the access restrictions constitutes a form of collective punishment, prohibited under international law. 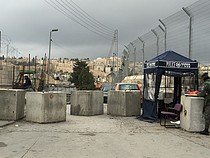 Following a decision adopted on 14 October 2015 by the Israeli Security Cabinet to address the wave of violence, Israeli forces began to block some of the main routes to and from Palestinian neighbourhoods in East Jerusalem. Within a week, a total of 41 obstacles had been deployed, comprising 23 cement blocks, one earth mound and 17 checkpoints.

The escalation in violence since 1 October across the oPt triggered a range of interventions by members of the Protection Cluster (PC). These interventions fall within four broad categories: monitoring and documentation; legal aid; psychosocial support; and a protective presence. Several incidents during this period heightened concerns about the safety of humanitarian workers and human rights defenders, and the undermining of their ability to provide a protective presence where it is most needed. 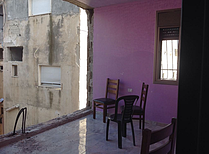 From mid-October through the end of November 2015, the Israeli authorities demolished or sealed 11 Palestinian-owned homes on punitive grounds, displacing 80 people, including 42 children (see table). Another four adjacent housing units were severely damaged by the explosions, temporarily displacing another 26 people.

Rise in medical referrals out of Gaza, but decline in approval of exit permits

Ministry of Health (MoH) referrals of Gaza patients to non-MoH medical facilities have risen significantly in 2015: referrals from January-October are 17 per cent higher than the equivalent figure for 2014. By the end of 2015, the number of referrals out of Gaza is expected to exceed the historic high of 2014. However, actual access for these patients to the facilities to which they were referred has become more difficult due to lower approval rates for exit permits.