Based on a 2018 survey, over 1.2 million people in Gaza, or 62.2 per cent of households, were identified as moderately or severely food insecure, compared with 53.3 per cent in 2014, when the previous survey was conducted. In contrast, food insecurity in the West Bank decreased to 9.2 per cent, down from 11.8 per cent in 2014. 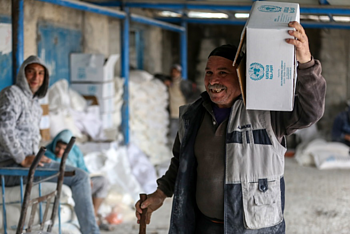 Sanuora's story: Sanuora, 35, is a divorced mother, who lives with her six children at her parents’ house in Beit Lahiya, North Gaza. Finding a job is virtually impossible, due to her lack of education and formal work experience. The electricity cuts have forced Sanuora to purchase certain types of dry food instead of more nutritious dairy products, as she can no longer store food in her refrigerator, nor use her makeshift oven (read more). In 2019, Sanuora underwent an open-heart surgery that exacerbated her vulnerability. She has continued to receive assistance from the World Food Programme, as well as to accumulate debts. 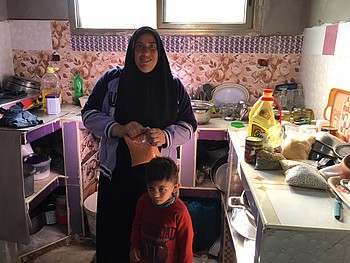 [1] Palestinian Central Bureau of Statistics (PCBS). Figures have been recently revised by PCBS in order to fully match guidance provided by the International Labor Organization.