Between June and August 2019, there was a sharp increase in violent clashes between Palestinian youths and Israeli forces in the Al ‘Isawiya neighbourhood of East Jerusalem. As of 21 August, these clashes have resulted in the killing of one Palestinian and the injury of at least 137, a significant increase compared to previous periods.[1] Four Israeli policemen were also injured. During this period, OCHA recorded the arrest of 218 residents, including 53 children, while media reports estimated this figure at over 300.[2] The daily life of the over 18,000 Palestinians living in Al ‘Isawiya[3] has been severely disrupted, with a particularly negative impact on children and on commercial activities. 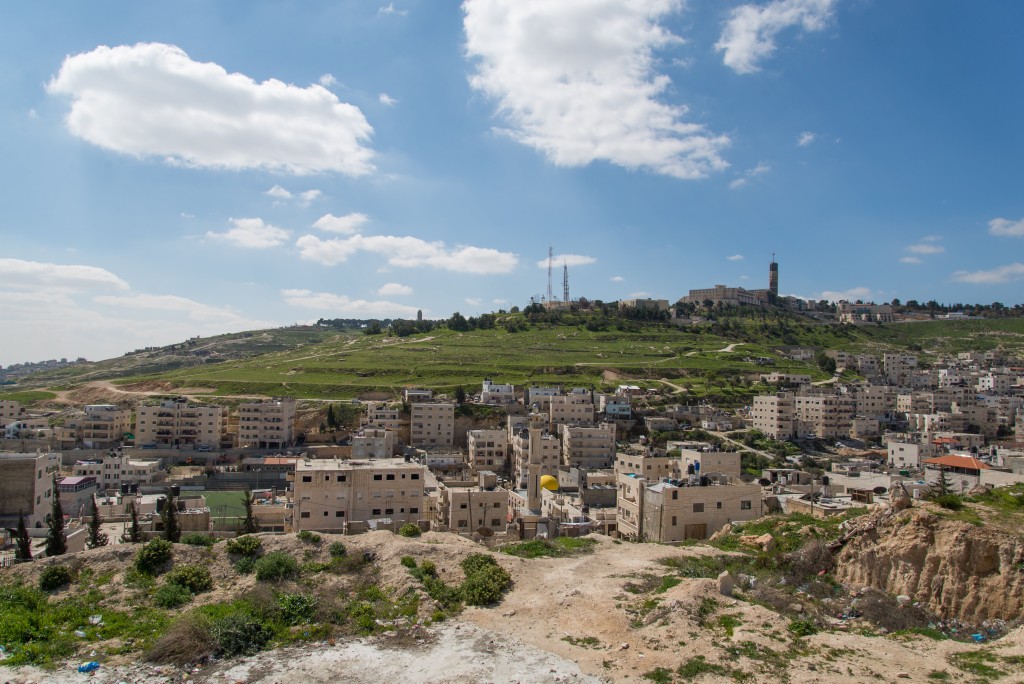 Most of the clashes were triggered by the almost daily police operations that took place , which have been referred to by police sources as a “regular law enforcement activity”.[4] However, journalists and residents reported being informed by police officers that the aim of the operations is to stop stone throwing by residents at Israeli vehicles travelling on the main road along the northern entrance to the neighbourhood. During the first half of 2019, OCHA recorded three stone-throwing incidents in that area which resulted in the injury of one Israeli woman and light damage to two buses.

Human rights organizations have raised concern that given the purpose, intensity and modality of these operations, they may amount to collective punishment.[5]

Monthly average of search and arrest operations in Al ‘Isawiya 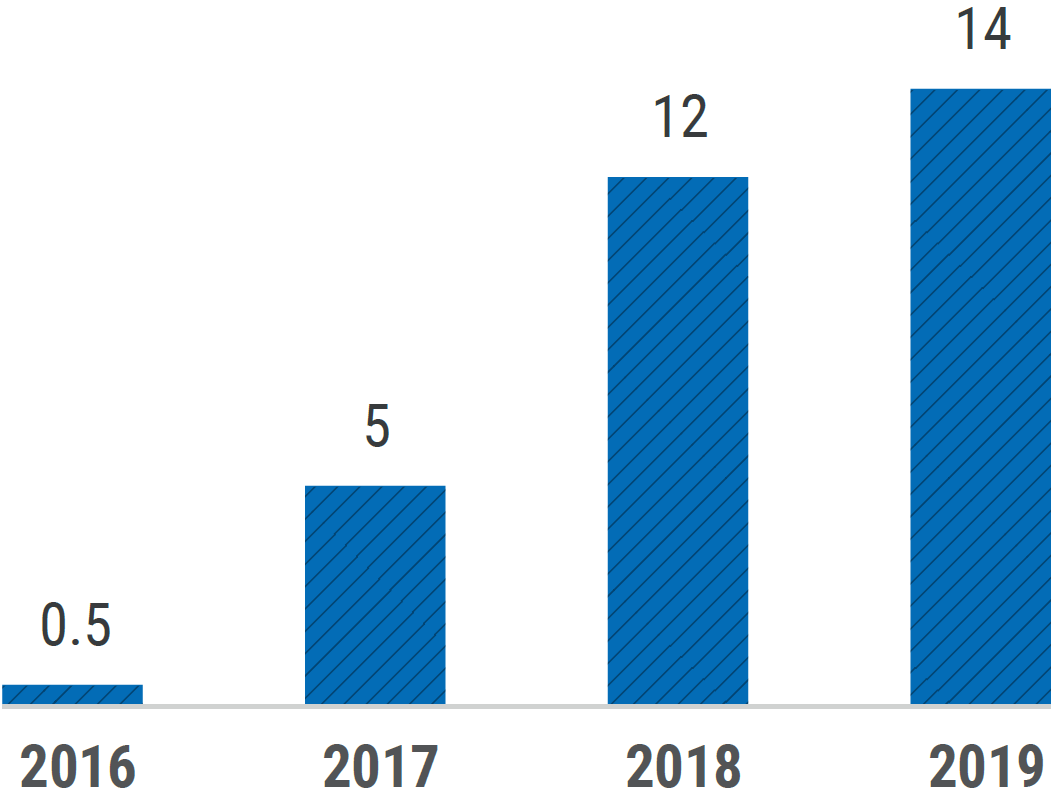 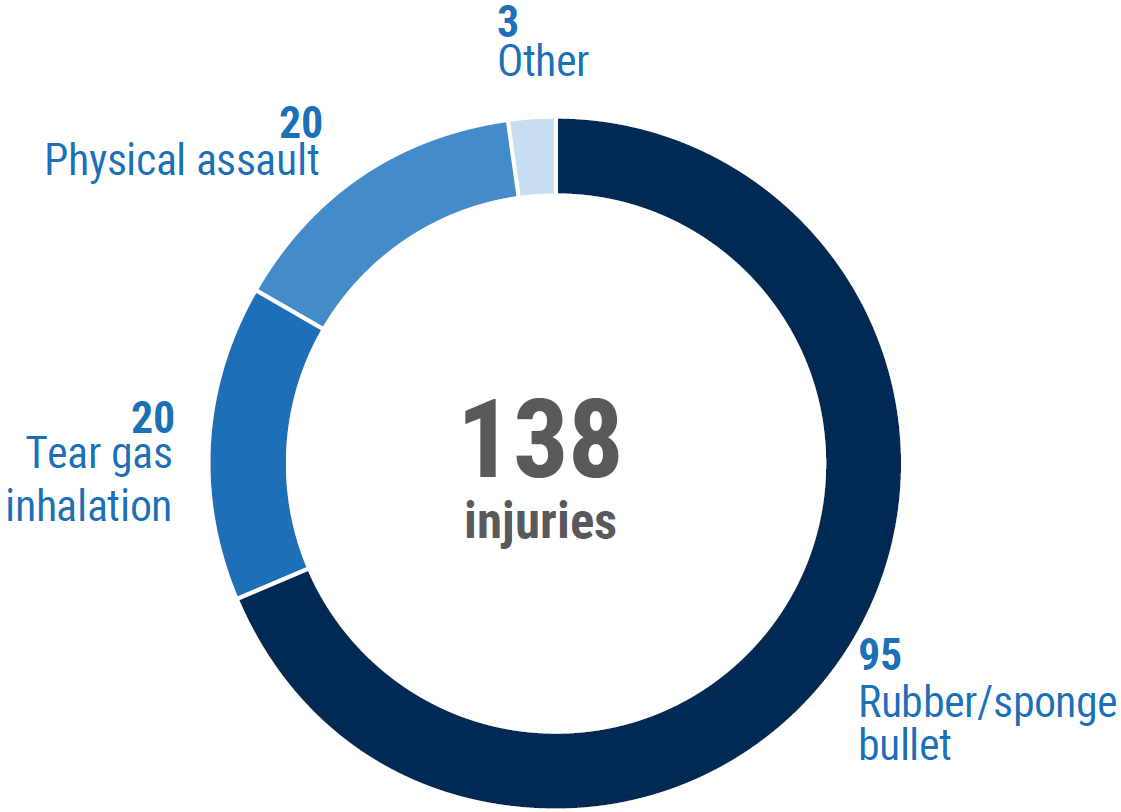 The police operations have included different routines. One has been the erection of ad-hoc (‘flying’) checkpoints at the entrances to the neighbourhood, where most vehicles are stopped and searched, resulting in long queues and delays. Residents report that a considerable proportion of car searches end in the issuance of penalties, commonly for minor infractions. Many of the incursions into Al ‘Isawiya were to escort municipal inspectors, who distributed demolition and stop-work orders (see section on inadequate planning below) and surveyed homes for taxation purposes.

Many homes have also been raided during this period, mostly in the middle of the night. Residents have been questioned, and in some cases detained for further interrogation, with the vast majority released within hours. According to one media report, only five Palestinians have been indicted and no weapons were found in any of the searches.[6]

Most of the clashes have involved stone-throwing by Palestinians, and the firing of rubber/sponge bullets, stun grenades and tear gas canisters by Israeli forces, resulting in the large numbers of injuries. Nearly 70 per cent of those injured during June-August 2018 were caused by rubber/sponge bullets (see chart).

During one of the clashes on 27 June, a 21-year-old Palestinian man was shot in the chest at close range with live ammunition, reportedly after he discharged firecrackers at the policemen; he died shortly after his admission to an Israeli hospital. According to the information gathered by the UN Office of the High Commissioner for Human Rights (OHCHR), the shooting occurred in circumstances which did not pose a threat of death or serious injury to Israeli forces, raising concerns about excessive use of force in violation of the right to life. The Israeli authorities have announced a criminal investigation into the case. Subsequently, Israeli forces repeatedly raided the neighbourhood, reportedly to remove Palestinian flags and posters commemorating the man killed, triggering additional clashes. According to the community, during one of the confrontations, a police facility was reportedly set on fire by Palestinians.

In two incidents monitored by OHCHR, Israeli forces chased and apprehended children as young as five years old.[7] In one of these incidents, on 27 July, the forces chased a six-year-old boy, whom they accused of throwing stones into his house. The police officers pulled the boy, who reportedly suffers from asthma and a heart condition, from his mother’s arms, but subsequently released him. They instructed the mother to confine the child to the house and issued a summon to his father to appear the following day at a police station for interrogation.

Al ‘Isawiya is located a few kilometres northeast of Jerusalem’s Old City. As part of the 1949 ceasefire agreement between Israel and Jordan, the built-up area was included within an Israeli demilitarized enclave within the territory left under Jordanian control; in practice the village was largely administered by the UN until 1967.

Following the 1967 war, the village’s built-up area and part of its agricultural land were incorporated by Israel into to the expanded municipal boundaries of Jerusalem. The following year, part of the non-residential areas was expropriated for the establishment of the French Hill settlement and the expansion of Hadassah Hospital and the Hebrew University. Other areas within the historical boundaries of Al ‘Isawiya were planned in the 2010s for a National Park, in which construction is prohibited, although the plan is yet to be approved. Most of the village’s land outside of East Jerusalem, which reaches the outskirts of Jericho and was later designated as Area C, were also expropriated for the expansion of the Ma’ale Adummim settlement, as part of the ‘E1 plan’. 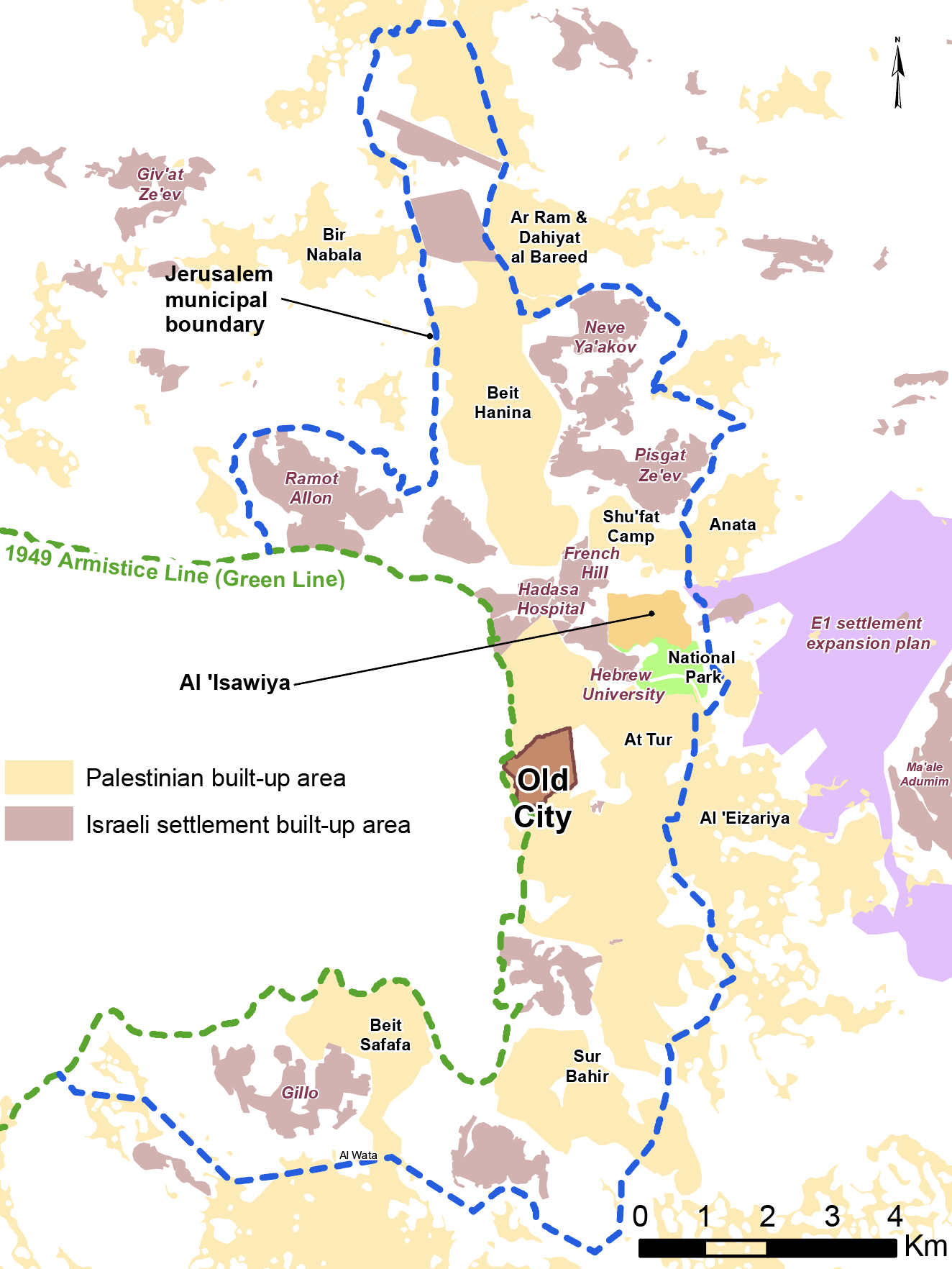 So far, the Jerusalem Municipality has approved only one outline plan for the community (# 2316), whose building potential was quickly exhausted.  As a result, as is the case in many other areas of the West Bank, residents felt they were left with little choice but to build without permits in areas not zoned as residential or unplanned. Since 1 January 2009, the Israeli authorities have demolished over 130 structures in Al ‘Isawiya, displacing 57 people and impacting the livelihoods of more than 600 others. Many more structures have pending demolition orders, over 20 of which were issued in August 2019. The Jerusalem Outline Plan (#2000), which is not endorsed but serves as guidance for municipal planning and enforcement, envisions the legalization of existing homes and the addition of floors to existing housing units. However, it proposed only a marginal expansion of the current built up area for new construction.[8]

The intensity of the clashes and the number of injuries in Al ‘Isawiya are the highest recorded since the last quarter of 2015, when an escalation that started in the Old City of Jerusalem spread to other parts of East Jerusalem and the rest of the West Bank. However, frequent police raids and arrest operations have been ongoing in Al ‘Isawiya since then. The longstanding tensions and violence have severely undermined children’s security and psychosocial well-being. For children in their formative years and adolescents transitioning to adulthood, the long-term impacts are likely to be negative on several levels.

Children growing up in Al ‘Isawiya face multiple problems and risks, including pressures experienced at home, school and in the community, and frequent encounters with Israeli security forces, which can result in arrest. Since the beginning of 2019, at least 92 children from Al ‘Isawiya have been detained, representing 41 per cent of all child detentions recorded in East Jerusalem. Of concern are the long-term effects of structural violence, which often leads to frustration and risky behaviour.

In light of the ongoing raids and violence, Al ‘Isawiya Parents Committee decided to postpone the start of the new school year, which elsewhere in East Jerusalem occurred on 24 August, for an indefinite period, pending an improvement in the security situation. In early September, following an understanding reached between the Israeli Police and Al ‘Isawiya community leaders about a reduction in police operations, the Parents Committee called off the strike, allowing children to return to school.

UNICEF, along with other members of the Child Protection Working Group, regularly provide children at-risk in Al ‘Isawiya with various services, including remedial education, rehabilitation, sports activities, and awareness-raising on legal rights, among other activities. Vocational training focused on self-perception and insertion in the labour market has been also provided. In the first three weeks of August 2019 a total of 113 children in the neighbourhood were reached.

The Obeid family, consisting of husband Alaa, wife Rasha, and their three children, live on the ground floor of a four-storey building in Al ‘Isawiya, next to the community’s high school. In the late afternoon of 21 July, Israeli forces entered the school to remove Palestinian flags.

“My eight-year-old daughter was playing with other children at the entrance of our home, when a sound bomb landed nearby and a fragment injured her eye”, Alaa explained.

“After one of my brothers took my daughter to the hospital, another brother went down to speak with the soldiers. I followed him. The soldier asked for our ID’s, which we showed to him. Some hours later, the soldiers came back and tried to arrest my brother Rami, on the grounds that he disrupted a police operation, triggering an altercation. When I intervened and tried to separate him from the soldiers, they beat me and sprayed pepper in my eyes. While I was lying on the ground they gave me three shocks with a taser and then handcuffed me. My brother was physically assaulted too and taken to a police car. 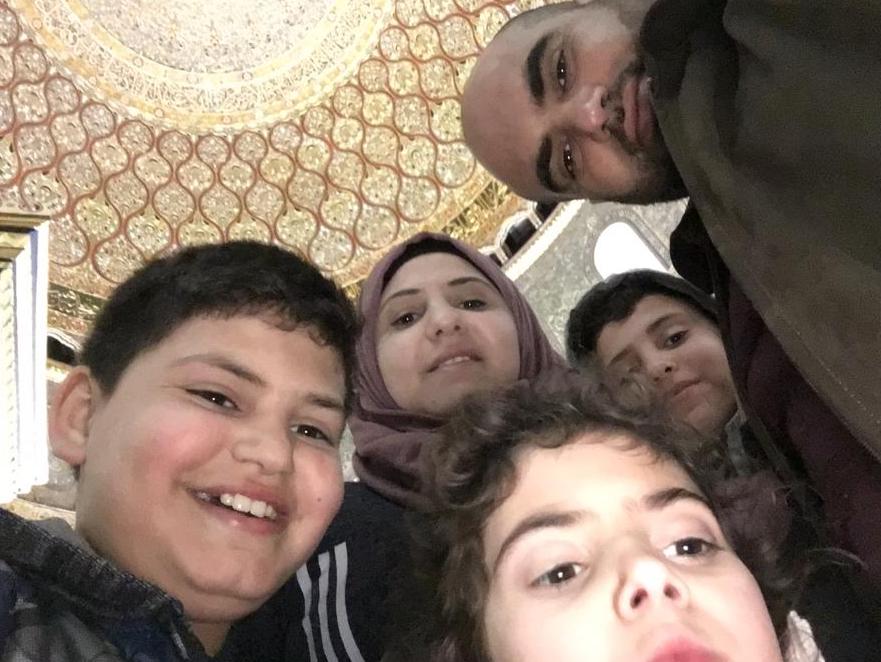 Since the policy of Israeli ambulances is to not enter Al ‘Isawiya without a police escort, it took the paramedics 30 minutes to reach scene. “Then I was put on the paramedic’s bed and escorted by the police to the ambulance waiting outside, and then taken to the hospital.”

Rasha continues: “My children witnessed their father and uncle being beaten and this took a toll on them. That night was horrible! My 12-year-old boy had nightmares and we were all worried about my husband being arrested. Alaa and his brother spent two nights away. We had to pay 1,000 shekels bail each to release them and have them under home arrest for five days. All because we questioned the throwing of a sound bomb at our children! Life has become very stressful here, especially for children.”

[1] The number of Palestinian injures is underestimated, as many injured individuals reached medical treatment centers on their own and could not be verified, so are not included in this count. In the data presented here, “injured” refers to people who were physically hurt in a relevant incident and received medical treatment at a clinic or hospital, or by paramedic personnel on the site of the incident. This includes people who received treatment due to suffocation by tear gas. People treated due to psychological shock are not included. Unless otherwise specified, the source for all figures related to casualties and arrests is OCHA’s Protection of Civilians database.

[6] Nir Hasson, Haaretz, 28 August 2019. Earlier in August it was reported that during one of the search operations, the Police planted a gun in a Palestinian home in the neighborhood for the purpose of “discovering it” for a TV docudrama.

[7] The minimum age for criminal responsibility under Israeli law is 12.