For the past three years, approximately 700 Palestinian children in East Jerusalem have been detained by Israeli forces every year, usually on charges of stone-throwing and, more recently, incitement to violence in social media. Some of these cases have triggered allegations of abuses during the arrest, transfer and/or interrogation. Also of concern are recent changes to Israeli legislation that allow harsher prison sentences for children convicted of crimes such as stone-throwing, including children as young as 12 who start serving their sentences when they turn 14. Some Palestinian children convicted or awaiting trial have been placed under house arrest. Although preferable than imprisonment for children, this puts additional strain on the families affected.

Since 2013, UNICEF has engaged in dialogue with the Israeli authorities on children’s rights while in military detention. In 2014, following this dialogue, Israeli forces began to replace the practice of night arrests of Palestinian children, in some cases, with a summons procedure, alleviating some of the protection concerns emerging during the first 48 hours of arrest, transfer and detention. 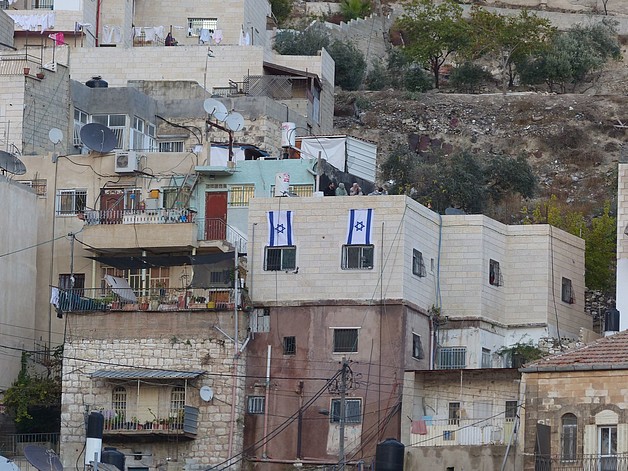 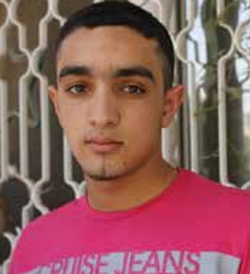 On 5 March 2012, at approximately 4:00 am, Israeli border police arrested 14-year-old Suhaib al Awar from his home in Silwan (East Jerusalem) and charged him with incitement, and stone and Molotov cocktail throwing. He was released on 4 April and put under house arrest for 12 months, four of which were in the custody of his 57-year-old grandmother in Jabal al Mukabber, another area of East Jerusalem. During this period, he was not allowed to leave the house and his grandmother was required to stay with him all the time unless Suhaib’s mother, grandfather or uncle were present. The family had to pay a fine of NIS 5,000 ($1,300), and bail of NIS 50,000 ($13,000) against violations of the conditions of the house arrest. Following the arrest, Suhaib was not allowed to attend school, with the exception of sitting final exams and on condition that his mother accompanied him to school.

When describing his detention conditions, Suhaib said:
“They kept me isolated for …five days. The room was very dirty, and sewage often flooded the floors …they interrogated me for 4-7 hours per day, during which my hands were handcuffed and my feet tied to a chair. I was often beaten. In one instance, the interrogator placed a chair on my legs and leaned on it, and then threatened me with a knife….”

Published in May 2012 Humanitarian Bulletin

“Suhaib has been in prison for two years now. In June 2015, one day before he turned 18, he was arrested by the Israeli border police who accused him of setting an army jeep on fire. In fact, on that day he was working with his uncle in Tel Aviv all day. When he was about to be released due to lack of evidence, the Shabak (Israeli intelligence) presented new charges: throwing stones and Molotov cocktails at settlers and the army on an earlier date. He was sentenced to four years imprisonment. In the appeal to the High Court, he was offered to plead guilty in exchange for a reduced sentence but Suhaib refused to admit to a crime he had not committed. When I visited him last time he told me he was joining the prisoners’ hunger strike. For 55 days now I have not seen or heard from him. 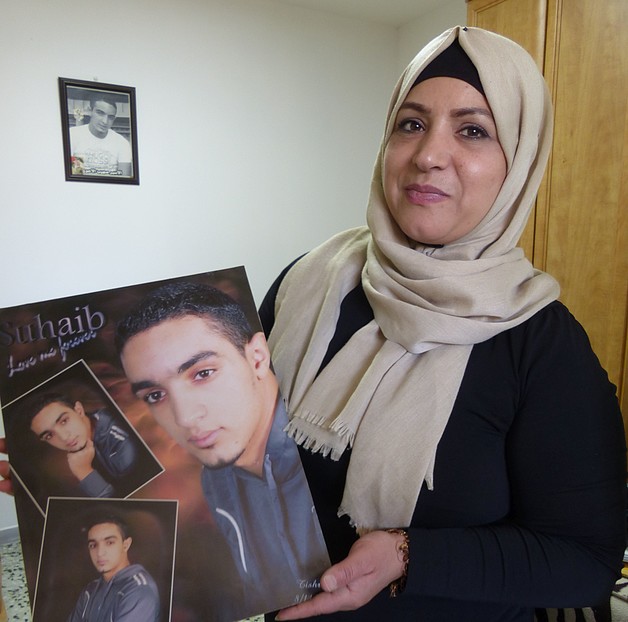 He was only 13 when he was first arrested at around 7:30 in the morning just before he entered his school in Ras al Amud. Since then, every time something happened in Silwan they would arrest him. In total, Suhaib has been arrested ten times: in some of these cases he was put under house arrest and in others in jail for a total of 21 months, excluding the last two years.[4] All this happened while he was still a child and for allegations of stone and Molotov throwing.

The most difficult of all his arrests was the third one when he was only 14. Everything about it was traumatising: the arrest itself, the interrogations, the signs of maltreatment and torture on his face and ears, the court hearings. He was put under house arrest for 12 months. Even then he was not left alone: he was taken to the police station five times for questioning. For nights on end Suhaib would not sleep. I would wake up at night and see his eyes wide open. During this house arrest the relationship between us became very tense. I had to be his prison warden at home because his dad and I signed papers that if the terms of house detention were breached, we would pay a fine of NIS50,000.

Suhaib’s detention has transformed my life. I became a woman who is outspoken against injustice. The hardest thing for me is being unable to give him a cuddle, touch him or even take a photo with him.[5]  It hurts that he was deprived of his childhood and adolescence. It hurts when my second son, who is only two years younger than Suhaib, feels he has no brother to physically be there for him or enjoy his company. It hurts to think that as a released prisoner his job opportunities would be limited.

But Suhaib has remained very ambitious. He is determined to complete his high school exams while in prison. He would like to study political science, journalism or law. He wants to be able to speak freely and without restrictions.  I cannot help fearing for his life when he’s released, especially in the current climate.  Living in Silwan is like living in a minefield where things could explode anytime.  But I have to be optimistic.”

[4] The family paid a total of NIS15,000 in fines. Almost every time Suhaib was detained the family had to pay money to release him.

[5] The only time his mother was allowed to hug him was when her father passed away and she went to deliver the news. Suhaib was serving his 21-month prison sentence.