Access to education in Area C of the West Bank

The restrictive planning regime applied in Area C, which comprises over 60 per cent of the West Bank and where Israel retains near exclusive control, makes it virtually impossible for Palestinians to obtain building permits. This prevents them from developing basic services in their communities, including education. Over a third of the residential areas in Area C (189 out of 532) lack a primary school and children are forced to travel long distances, sometimes on foot, to reach the nearest school.

Some children, including those in the Israeli-controlled area of Hebron city (H2), must cross a military checkpoint and/or are exposed to harassment by Israeli settlers on their way to school. Families often adopt negative coping mechanisms, including withdrawing children from school, a practice particularly affecting Palestinian girls.

May 2011: ”Eighty percent of children drop out from school” 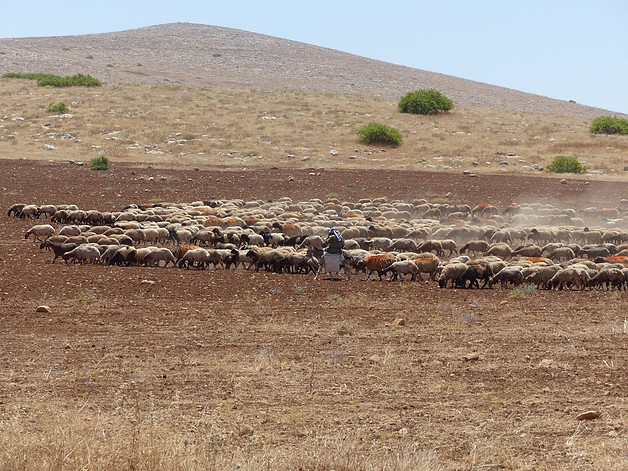 The four herding communities of the al Baqaia area of the northern Jordan Valley: Mak-hul, al Hadidiya, Khirbet Samra and Khirbet Humsa (population around 500) are in Area C.  Due to the restrictive planning regime, no schools can be built in this area and in the 2010-11 academic year, 166 children from these four communities had to travel between 27 and 45 km to reach their primary schools. Roughly half of them attended schools in Tubas and Tammun towns, which required them to cross one of the two checkpoints into the area (Hamra and Tayyasir). Residents, including the driver of the school bus, reported frequent incidents of mistreatment and humiliation by Israeli soldiers who ask the children to get off the bus to be searched.

“To complete school, children go to Tammun and stay there during the week, while their parents remain in the community. One of the older children looks after the others in town. As a result, there is often little supervision of the children or support available to help with homework. For example, I have eleven children between the ages of 7 and 17 years living in the same apartment alone. In general, children either do not succeed at school or get homesick and want to return. I would say that around 80 percent of children drop out. The level of education of this generation is actually lower than that of their parents. If the roads were open and access to school not limited by checkpoints and other obstacles placed by the Israeli army, access to education would be easier.”

A direct road connecting communities to schools in that area, bypassing the checkpoints, is blocked by a road gate that is only opened infrequently. Residents estimated that less that 10 percent of the children take the high school matriculation exam (Tawjihi).

May 2017: “The situation at the checkpoints has changed but we don’t consider it an improvement” 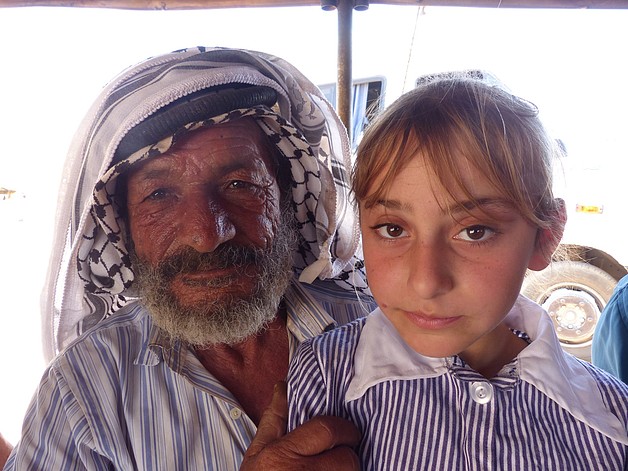 In May 2017, there was still no school in the area and access to education remained a challenge. In 2016 the two checkpoints controlling movement between this area and the rest of the West Bank were turned into partial checkpoints i.e. staffed by soldiers only occasionally, easing access.

“Many families were forced to leave al Hadidiya due to the lack of schools,” said Abdul Rahim when revisited in May 2017. These families had no one to take care of their children in Tammun or Tubas, where many of our children had to stay in rented accommodation during weekdays, all by themselves, to be able to attend school. In November 2015, to tackle the problem of families leaving and school drop outs, we secured international funding to buy a school bus to make daily return journeys and to pave the road. A few days later, the road was demolished by the Israeli authorities, along with another 26 structures.

But, we did not give up. We agreed that the school bus would wait on the main road and I would use my tractor to take the children to the bus. Never mind the rain and the cold, and the fact that the children used to get wet, what really bothered them most was being covered with mud from the tractor and arriving to school dirty. My daughter came to me one day and said she didn’t want to go to school because the children were laughing at her, saying she was dirty.

Access to education has improved somewhat and costs have greatly diminished since the bus is now administered by the Palestinian Ministry of Education, but the long detours of between 27 and 45 km, and the lack of proper access roads to our communities to pick up the students, remain a challenge. Although al Hamra and Tayaseer checkpoints are partially staffed, we still suffer. The soldiers there are like the winter sun: they appear out of the blue and start delaying people, including the school bus, for long search procedures. We are at their whim. That’s why I don’t consider the partial manning of the checkpoints an improvement. Improvement for us means freedom of movement with no checkpoints at all.”